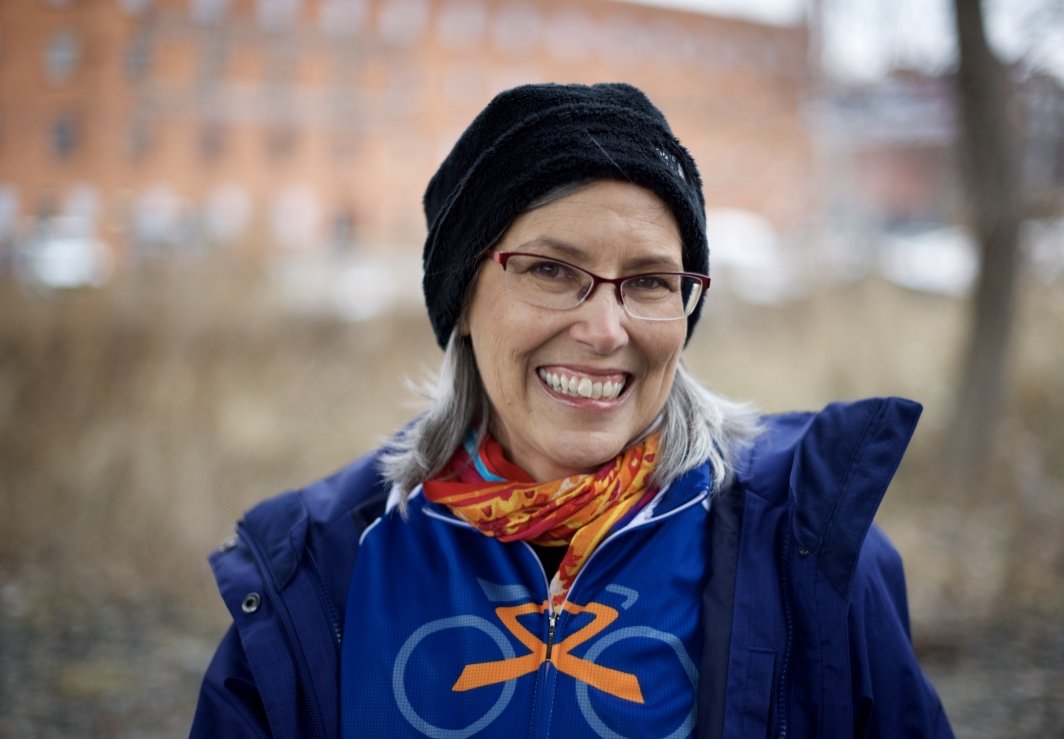 The year 2018 will mark Melissa Delforte’s first Empire State Ride. She is a cancer survivor. She is a Canandaigua Road Warrior.
She first learned about the Empire State Ride a few years ago when she saw a poster in her local bike shop. “Wow! That’s cool,” she thought. And the ride immediately went on her to-do list.
“I started looking online, and I was just so inspired. The views! The pictures!” said Melissa, “I wanted to be on that Hudson River. I wanted to be there looking on that bridge. I wanted to be part of that group that is coming across that finish line, because I need that power in my life.”
As a three-year, stage 3 breast cancer survivor, Melissa sees the Empire State Ride as an opportunity to take her life back from cancer and to pay it forward to all those who are currently fighting or have been touched by cancer in some way. To her, the Empire State Ride will be a journey to acknowledge those who helped her and to appreciate what others have gone through. She is looking forward to the time she will spend on the road with her friends by her side, and the healing that will take place as she rides across New York State this summer.
“I am riding for the everyday warriors amongst us,” said Melissa. “For the warriors of the past, the present and the future.”
Melissa took a year to prepare before signing up for this year’s weeklong ESR. She has formed a team with a close friend, and together they’ve been training and trying to get as many miles and hills under their belts before the start of the ESR on July 29.
To learn more about Melissa’s story, check out her video below!

Interested in signing up for the Empire State Ride?