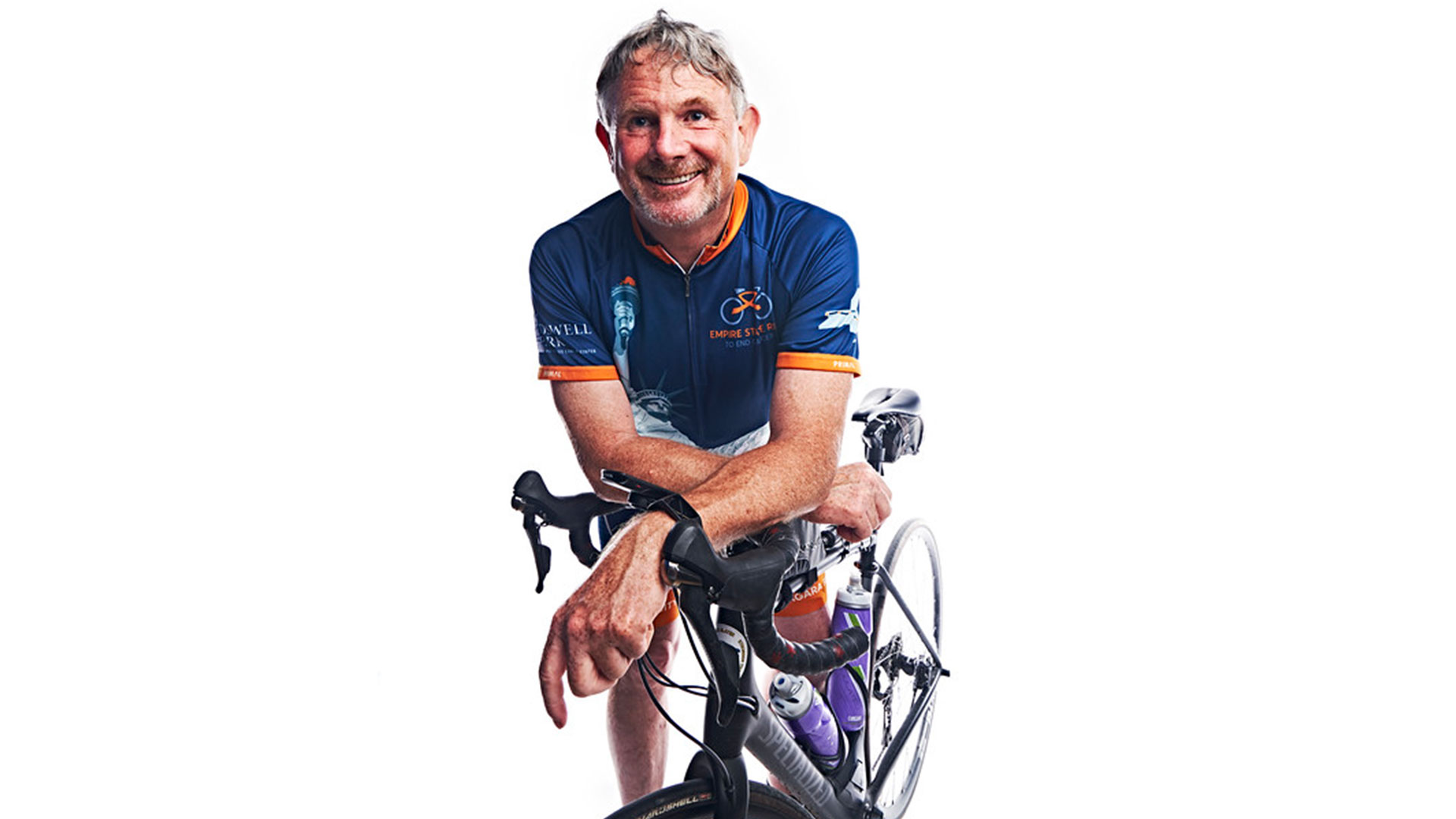 Committing to the Cancer Cause.

For 12 years, Terry Bourgeois served in the military and devoted himself to his country. When his military career ended, he started a career in corporate America but he also found himself searching for an additional purpose and direction. That search and drive to make a difference led him to sign up for Ride for Roswell, where he quickly realized the realities of cancer. Cancer was, and continues to be, a leading cause of death worldwide.

“I had just spent 12 and a half years of my life sworn to defend the Constitution of the United States against all enemies, foreign and domestic. I was willing to give up my life for that. But what are we doing about cancer? This enemy is huge. It has no rules and really doesn’t care. This voice in my mind was telling me I had to be part of this fight.”

So, Terry did research on Roswell Park to answer one question: Is Roswell Park really a place that’s doing something about cancer? He dove in and learned about genetic testing and clinical trials. He read patient stories and met researchers and discovered that Roswell was the first dedicated cancer center focused on cancer research. He also learned how every dollar raised gets amplified by $13 through federal, pharmaceutical and other outside support. And he was sold.

He raised his hand and committed to the fight. That was in 1999.

Today, Terry sits on the Roswell Park Alliance Community Board as chairman and the driving force behind Empire State Ride. He’s been a fierce supporter of the fight to end cancer and founded the 500+ mile adventure across New York State.

The Road to the First Empire State Ride.

The first Empire State Ride in 2014 looked a little different than it does today. An idea came to Terry during a brainstorming session about ways to bring in new revenue for cancer research. What if we created an event with two major destinations that would bring in people around the world? What if that event included the Statue of Liberty on one end and Niagara Falls on the other as entry points and sources of hope for participants traveling to the United States? What if the event covered every major city in New York State, through rural landscapes and bustling cities, and ended near the home of America’s first dedicated cancer center?

That thought stayed with Terry. The more he tossed it over, the more he knew he had to see the idea through. So, he set out to travel across the state on a solo ride that would echo for years to come.

“It comes back to the commitment I made in 1999 that I was going to do whatever I could to help this cause,” Terry says.

He laid the groundwork for his trip by charting out the route and planning stays at local campgrounds. His mother and her friend would fly from North Dakota and meet him in New York City. They could enjoy New York during the day and meet Terry each night at camp. From there, he tuned up his bike, packed his bags and prepared to set off.

But the best laid plans rarely go off without a hitch, and Terry learned that firsthand. 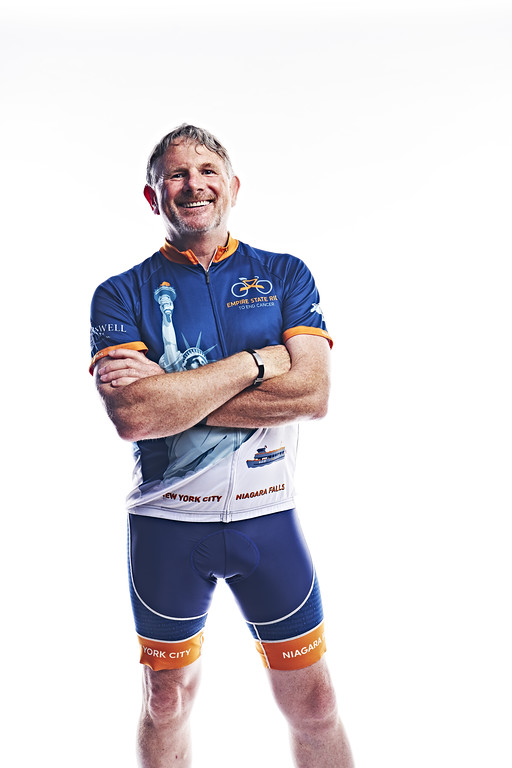 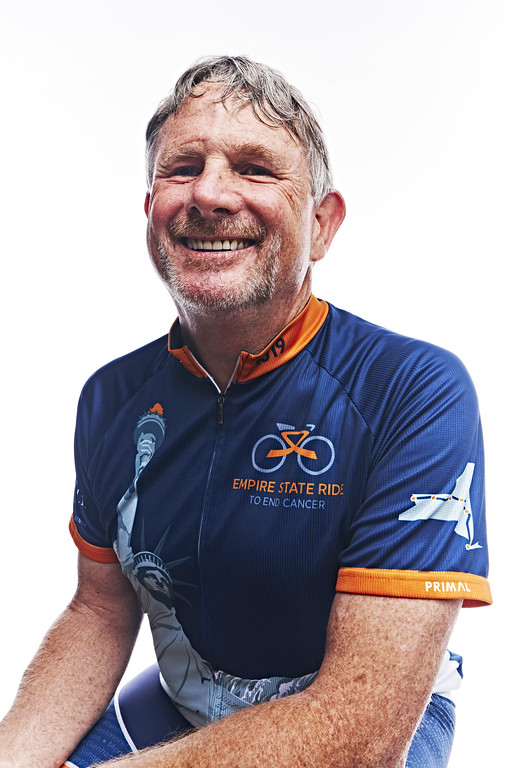 It started with a call the night before he was scheduled to leave. His mother’s friend just received the news that her father had a tumor on his spine. There was no way she could leave him for a week, nor would Terry want her to. Instead, the new development would fuel Terry’s desire to raise even more money for cancer research. But first, he needed to find someone to step in. He dialed his sister on a whim, knowing that he was asking for a lot. She needed time to think it through.

The next morning, Terry set off without much of a plan. “I think a reasonable person probably would’ve stopped, but I couldn’t,” he says.

As he was pulling out of his driveway, his sister called him. “Good news,” she told him. She would travel from North Dakota to New York City to join Terry on the journey.

The first morning started with a broken toe. The pain radiated through his foot. He vowed to push through and embark on his journey regardless. Weeks later, he would learn that his big toe had broken into two.

Early in the day, his ride went from bad to worse as his GPS, loaded with route, failed to work in New York City. The route he planned to the first campsite was not accessible. He left New York City four hours later than planned on an alternate route in the direction of the campsite.

That first night hit Terry hard. He set up at a campground about 50 miles outside New York City. His toe throbbed, his body ached, and he began to question his journey and his sanity. 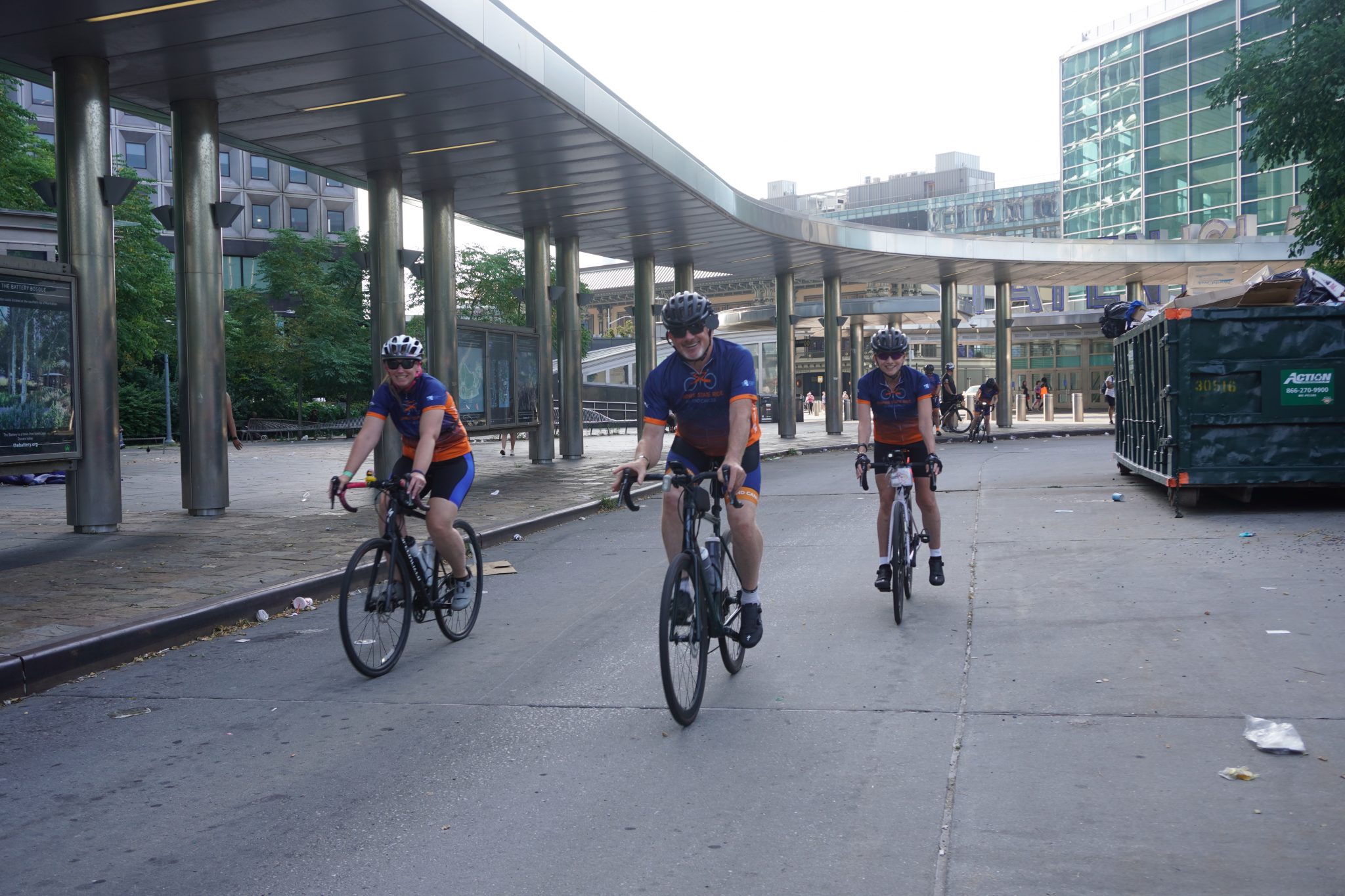 Then something serendipitous happened.

He met a fellow camper and told her about his journey. She introduced him to her sister who had been diagnosed with throat cancer. Her sister’s husband had been diagnosed with prostate cancer four months before that. The more they talked and shared stories, the more Terry knew he had to keep going. The family donated to Terry’s ride to support Roswell Park and Terry vowed to do whatever it took to finish his journey.

“The next morning, I hung my jersey over [the sister’s] chair at the campfire, and I signed it ‘best of luck.’ That was a pivotal moment where the negative feelings I had about myself and the voices that told me to quit just went away. A new voice said, ‘Terry, suck it up. This has nothing to do with you, and it has everything to do with her.’”

Despite all the obstacles and odds, Terry made it to the finish line. Why? Because life doesn’t exist without risks, he says, and raising money for cancer research is well worth any trials that come with a 500+ mile journey. Today, Terry’s greatest joy comes from seeing the change Empire State Ride has made in people’s lives. 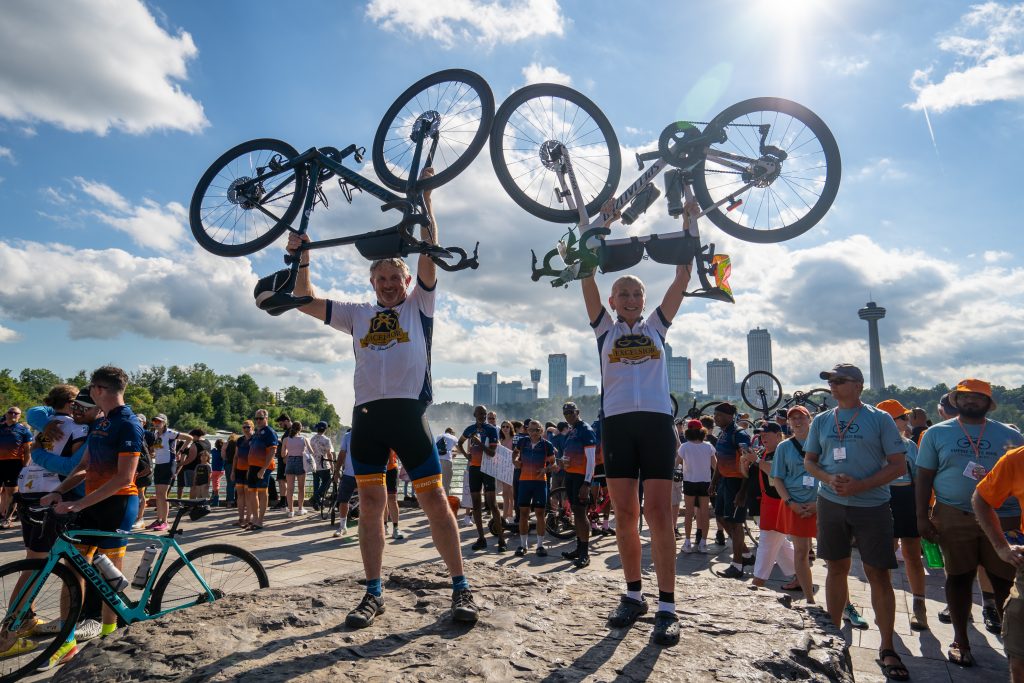 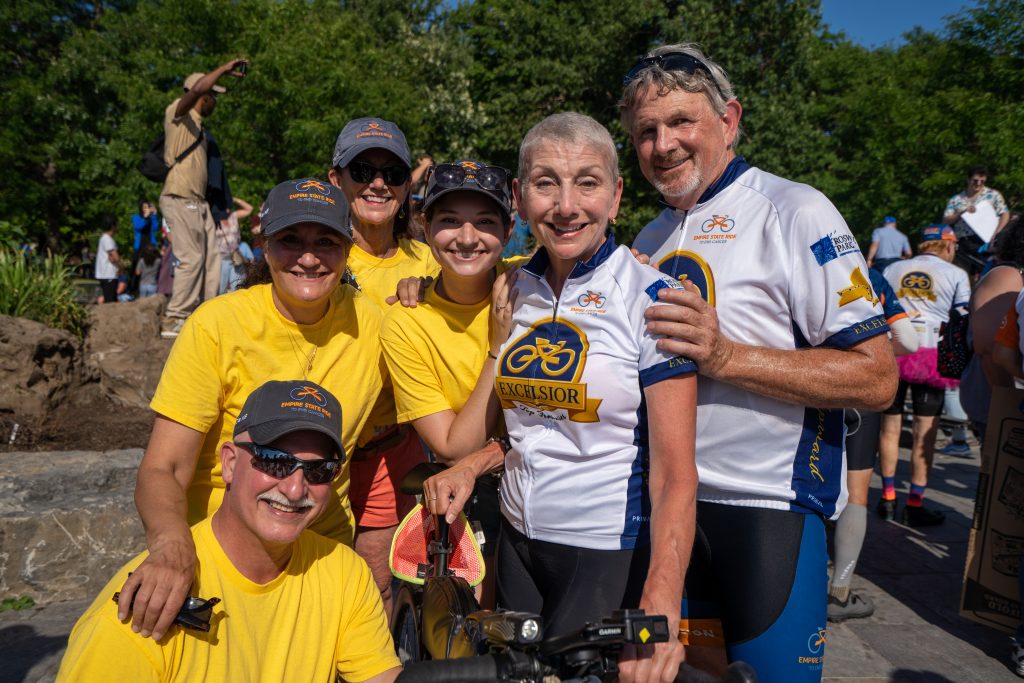 “To be part of writing the pages in what will be a history book about how cancer used to be is the most fulfilling thing that I can think of for a legacy. When I get to the end of my road and think about what we've been part of, I'm going to smile."