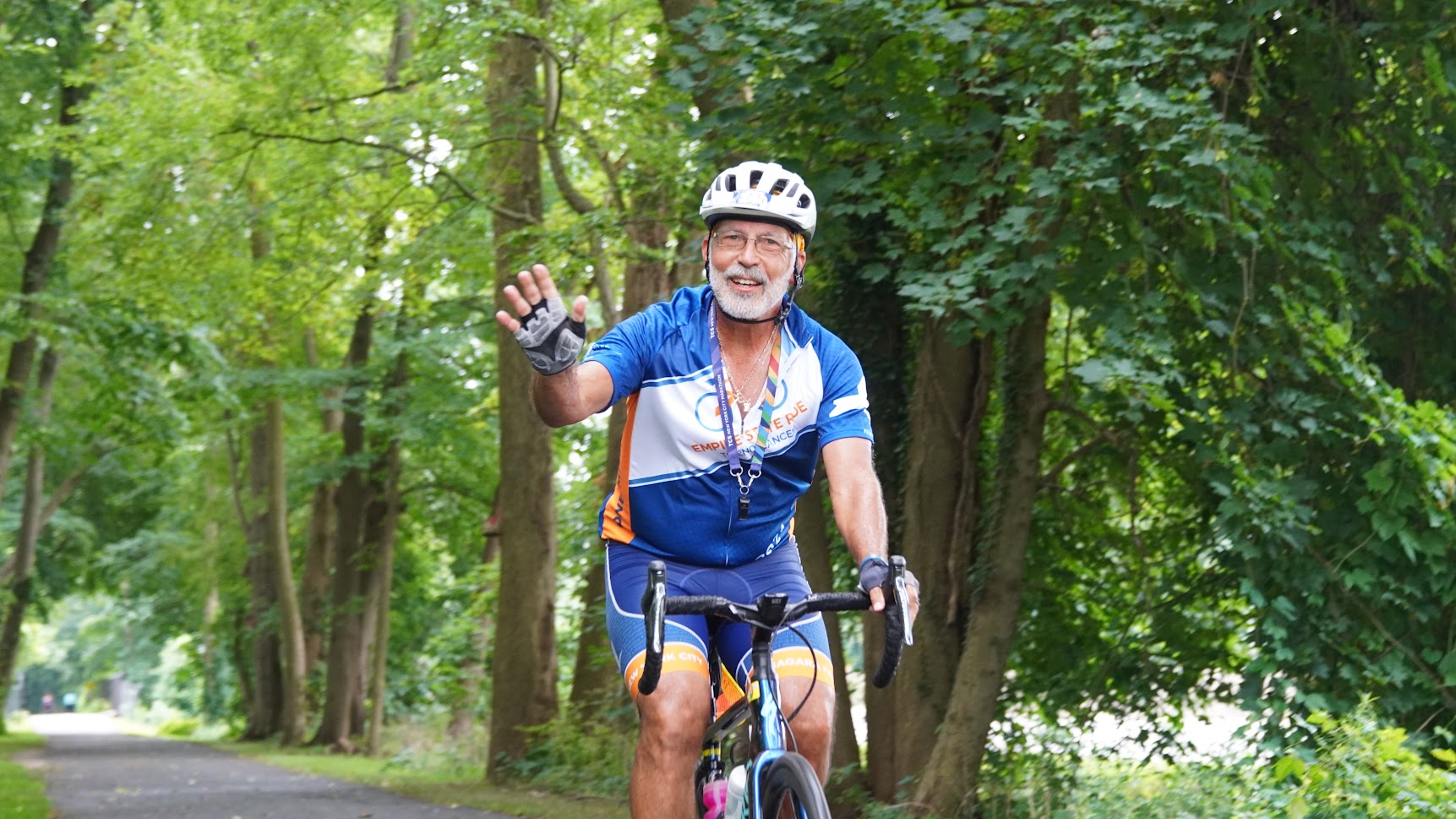 Phil is no stranger to competition — whether he’s competing or coaching. He’s a six-time runner of the New York City Marathon and soon-to-be five-time road warrior for the Empire State Ride. If you’ve ever been on the road for ESR, you might have seen Phil with a whistle in hand, dishing out Swedish Fish as he cheers on other riders from his bike. He slays dragons and rides for everyone else who does the same.

Dragons? you might ask. They’re Phil’s go-to metaphor for all of life’s challenges: setbacks, obstacles, hills and (especially) cancer. He rides in solidarity with everyone who wants to slay cancer for good. While he’s doing so, he’ll likely be the one helping you overcome your own dragons and conquer Empire State Ride.

“You’ll always come across someone who could use a little verbal support, a little slap in the back of the saddle, just to help them along. I enjoy picking up someone who might be solo, and they’re still out there slugging along. I just come up alongside them and stay there and pace them and talk with them,” Phil says.

The Origins of Dragon Slaying The idea of dragon slaying came to Phil during his first year riding in Empire State Ride. Phil had just reached Albany and found himself faced with a hill that seemed to stretch for miles. At the end of the hill was the next camp. To get there, however, he had to climb for what felt like forever. His legs were wiped halfway up, but he kept pushing and pushing.

“My ego was such that I wasn’t walking a damn inch. No one was going to put me on the truck and carry me through. There were four of us, and I think two stopped at the rest stop in Albany and took the bus back to the camp. My friend and I rode onward.”

When the pair reached the top of the hill, people rang bells, cheered, gave hugs and shouted words of encouragement. A fellow Empire State Ride road warrior named Carlos greeted Phil and said, ‘Congratulations, you’re a dragon slayer.’ Carlos handed Phil a patch with a dragon on it, and from that moment on, the metaphor became Phil’s mantra.

That winter, Phil thought about his Empire State Ride experience and the feeling of accomplishment he felt from tackling a physical challenge while raising money for cancer research. It had been the first time he’d ever done anything like it, and he resolved to return the following year to conquer Empire State Ride again while inspiring others to slay their own dragons.

“I’m no one special. I am not an elite athlete. I’m just another average guy who’s out there on the course. I’m not a young fellow either,” Phil says. “If I can do it and pedal, so can you. And if there’s a reason why you’re trying it, then let’s finish what you started.”

Phil coached high school track for 34 years before he retired. He’s also been involved with the New York City Marathon for close to 41 years, building the finish line, working as a four-mile captain and, most recently, escorting the elite runners on his bike. A retired teacher, Phil brings his passion for guiding others to everything he does, and Empire State Ride is no exception.

Cycling is not Phil’s first sport, but he made the transition from running following orthoscopic surgery on his knee. It wasn’t really until a friend handed him an Empire State Ride business card that Phil started riding regularly, though. He had tossed the ESR card into a drawer and forgotten about it for months. When he rediscovered it, the timing felt serendipitous. At the time, his wife was overseas for their niece’s funeral. Their niece, only in her thirties, had passed away from breast cancer. Participating in Empire State Ride was the perfect way for Phil to challenge himself physically while honoring those lost to cancer like his niece.

“Together, we will slay this dragon called cancer and make the world a better place for future generations.”

Join Phil and his team of dragon slayers by registering for Empire State Ride today. Don’t wait — the last day to register is June 29. 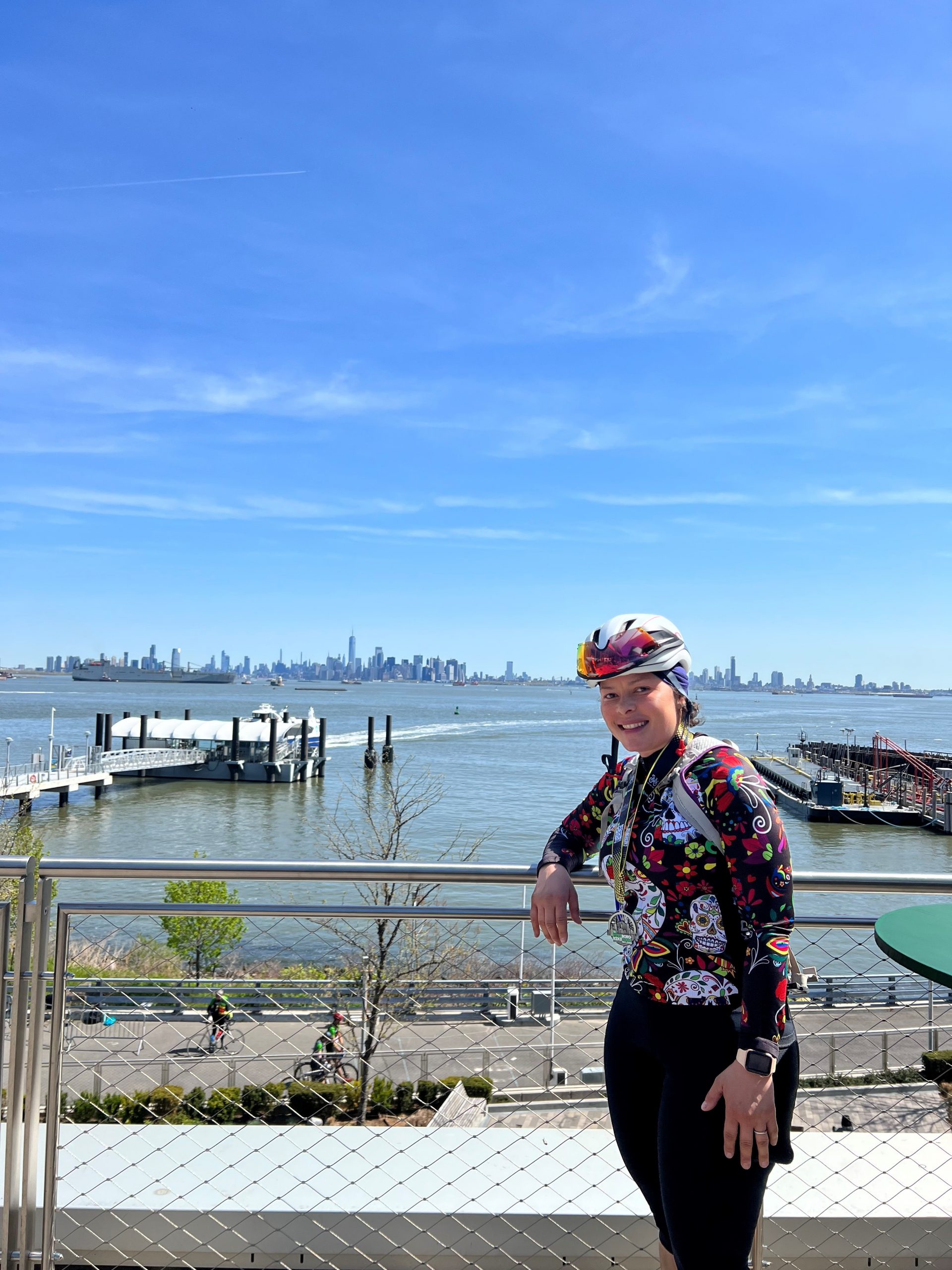 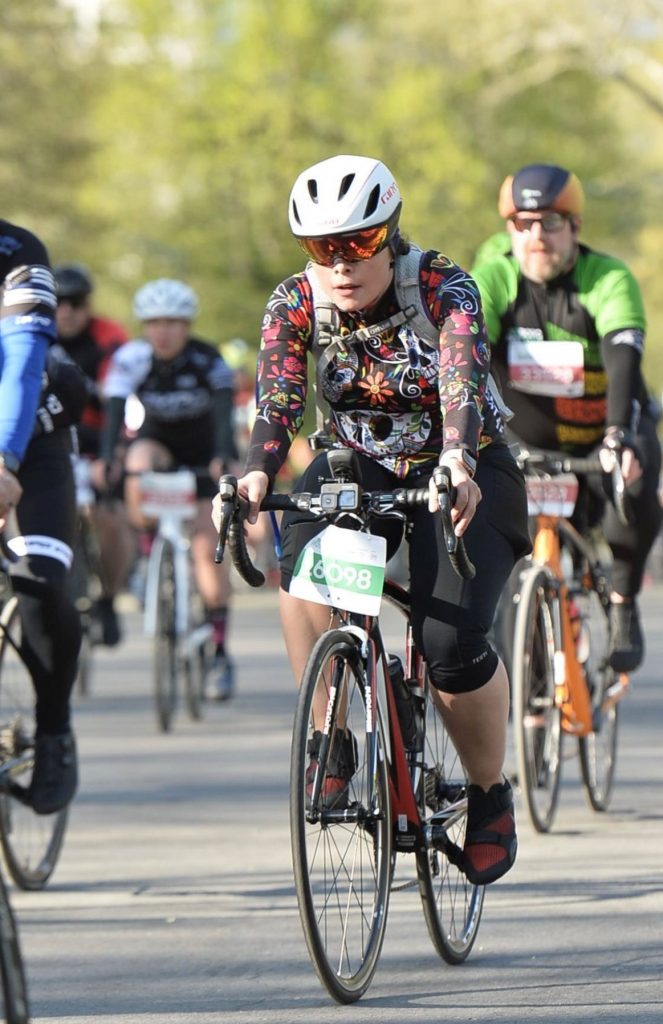 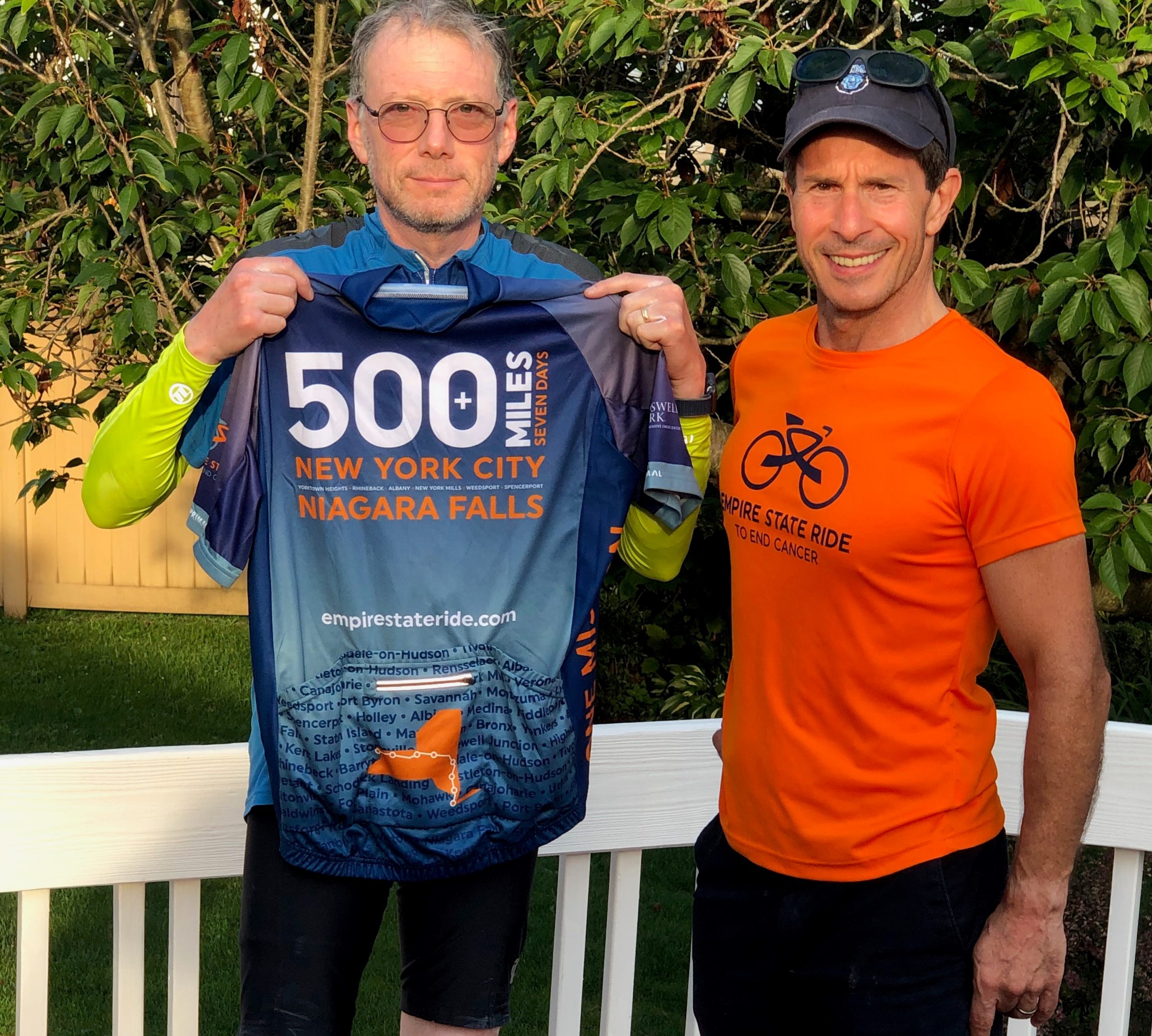