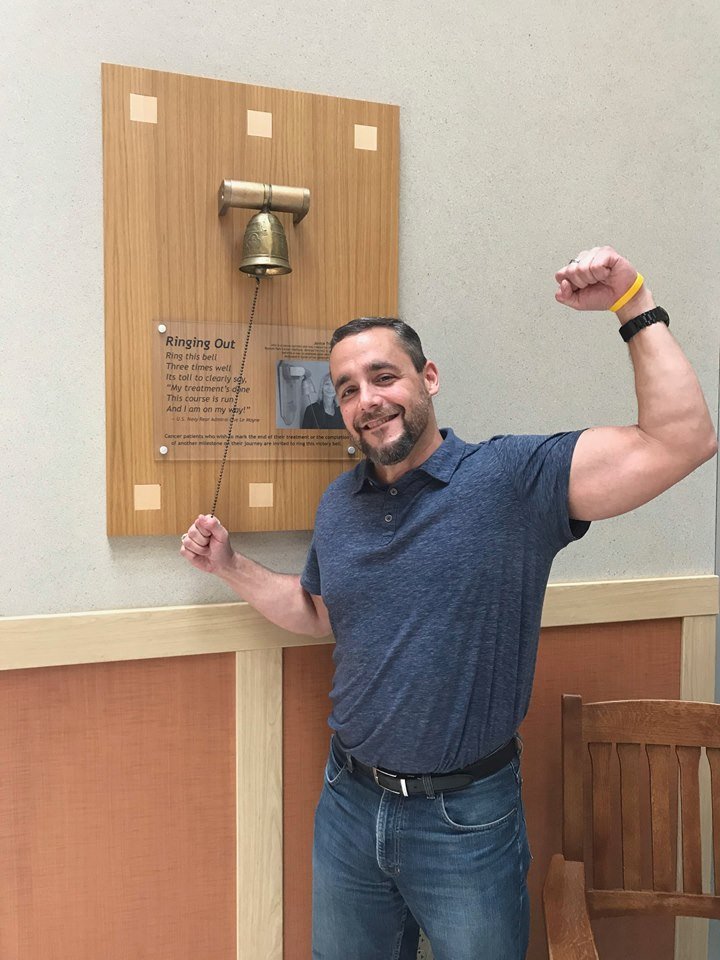 On June 24, 2017, John Heimback was having lunch with his friend Mark and discussing one specific question: “Should we do the Empire State Ride?”

“Are we doing this or not?”

Earlier that day, John found himself riding The Ride For Roswell’s Metric Century Route alongside some of the 2016 Empire State Riders. They welcomed him wholeheartedly and shared their stories and motivations for riding.

He also got to share his story. You see, riding to end cancer is nothing new for John. He has been an active participant in The Ride For Roswell since 2004. He joined his family’s team, the Rainbow Riders, after his aunt received treatment at Roswell Park Cancer Institute. Not long after his first Ride, John received a cancer diagnosis of his own.

John underwent surgery and treatment for stage III papillary thyroid cancer in early 2005, and was back on his bike for The Ride that June. He has continued participating in The Ride every year since and even joined volunteer committees.

In 2015, after a year of monitoring and testing, he was diagnosed again – only this time, it was prostate cancer. He underwent surgery, and it was this second experience with cancer that inspired him to join the Empire State Ride the following summer.

We asked John why he participated in the Empire State Ride, and his answer was inspiring.

“Why not? I’ve been blessed to survive cancer two times,” said John. “So the least I can do is give my time and effort and raise money to support cancer research. And right now, it’s through these events that I can participate and do something. It’s not a question of why. It’s a question of why not.”

In October 2017, John visited Roswell Park again — this time, to ring the victory bell to celebrate being cancer free! He was even joined by some of his fellow Empire State Riders as he rang the bell loud and proud to celebrate his survivorship.

“I want to inspire people. Even if it’s just one person who might say ‘because of you, I didn’t give up,’” said John. “I want to share my story and do these events to show that you can go through a whole lot, but you can take that and move forward and do something with it.”

If you’re now asking yourself “why not,” then register today and join the Empire State Ride to end cancer!