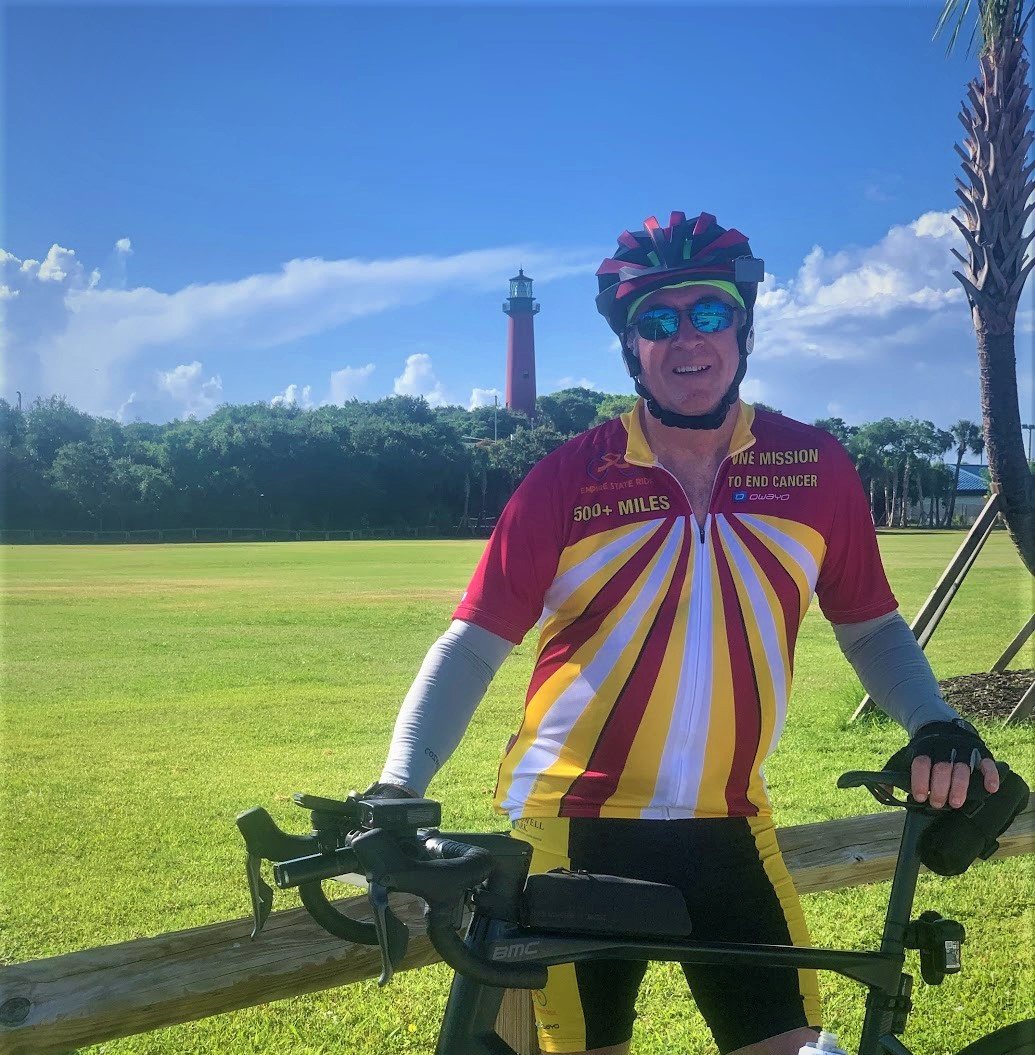 Alan talks about the Hometown Challenge, overcoming obstacles and honoring 75+ loved ones

Alan Kurtz, 64, sits in front of a wall of race T-shirts, all cut down to squares and stitched together into a quilt that speaks to his lifelong passion. In front of them rests his road bike, a towel draped over the handlebars from his most recent ride. Running has always been at the center of Alan’s life. He’s completed seven marathons and qualified for the Boston Marathon — one of the world’s most prestigious and competitive running events. He ran the 26.2 miles with pride despite a sprained ankle. Later in life, he began competing in triathlons, which brought him into the world of cycling. Once he discovered Empire State Ride, the rest was history. Like many, Alan has a personal connection to the cancer cause. He lost his father to cancer in 1984, and since then, he’s constantly sought out ways to honor his father’s memory. Walks and short races to raise money weren’t for Alan; he wanted something that would challenge him and combine his love of endurance sports. That’s when he saw a suggestion on Facebook for a 7-day bike tour. He clicked through, learned about the Empire State Ride and read that it supported clinical trials and cancer research at Roswell Park Comprehensive Cancer Center. He knew he had to become a road warrior.

Alan also honors his own battle with prostate cancer after receiving a diagnosis this past year.

With cancer affecting so many facets of Alan’s life, he knew he’d keep coming back to Empire State Ride year over year. Of course, life sometimes has other plans.

RIDING THROUGH IT ALL

A global pandemic, the loss of loved ones, hip surgery and other obstacles have kept Alan from joining his fellow road warriors on the road in recent years. But that hasn’t stop him from participating. He’s completed the Empire State Ride 500+ Mile Hometown Challenge multiple times, always finding new and innovative ways to cover the distance.

This past year, Alan rode up the eastern seaboard of his home state of Florida over the course of seven days. He charted out a course that traveled along the east coast from his home near West Palm Beach, finishing up just north of Jacksonville, booking hotel rooms each night along the way. His wife followed him on his journey, meeting him at preset rest stops (with nutrition and hydration) and the “finish line” in front of each hotel.

Along the way, Alan took in the sights, including a statue of a tin man, piglets, Daytona Speedway and a PGA tournament golf course.

“It was beautiful. I’ve seen many parts of Florida driving, but riding it just gives you a whole new perspective. You can take in so much of the scenery: the local developments and real estate, the river, along the Intercoastal Waterway and, of course, the beach. It was really just a great ride. I’m glad I did it.”

For the challenge, he had two jerseys designed. One jersey indicated that his “Sunshine State Ride” was in support of the Empire State Ride; the other included the names of 75 people who motivate and inspire him to ride, a list that is not comprehensive.

“They are not alone,” Alan says. “More than anything, they (and numerous others) are why I ride!”

ALAN'S ADVICE ON THE HOMETOWN CHALLENGE

The beauty of the 500+ Mile Hometown Challenge is that you can log the miles on your terms while still raising funds for the same impactful cause. You can ride anywhere in the world and break up the miles however you choose during the month of July (or beyond).

“If this is a cause that you really believe in and you want to do something about it but can’t afford to go on the road, the Hometown Challenge is your best opportunity to do it,” Alan says. “It’s not that hard if you put your mind to it.”

Here are some of the great benefits you’ll get when you sign up for the challenge:

“ESR, to me, is not only about the challenge; more importantly, it’s about the cause. Figure out what you’re comfortable with, get dedicated, get motivated and get out there and do it,” Alan says. “You will get better, you will get more comfortable, and you’ll be able to go farther. It’s not about speed, but you will find yourself going faster, and you’ll find yourself just loving it.” 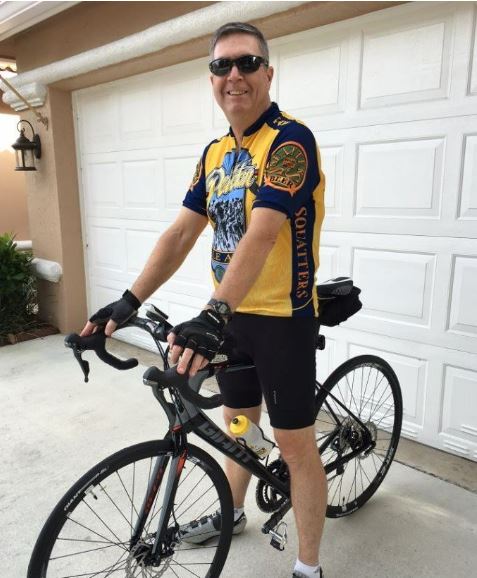 JOIN ALAN AT THIS YEAR'S RIDE — IN PERSON OR VIRTUALLY