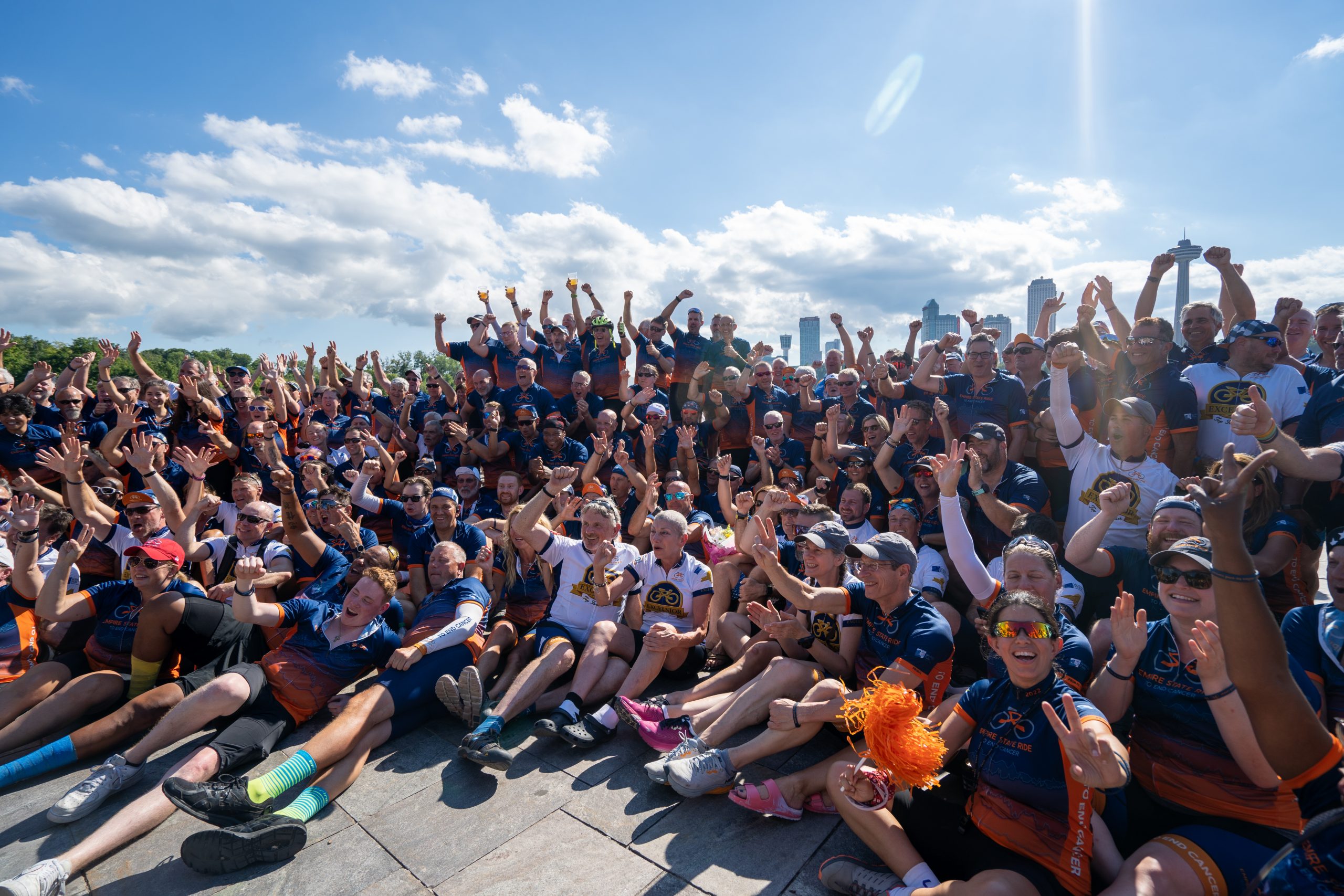 The adventure of a lifetime.

Do you have what it takes to become an #ESR23 Road Warrior? This is your year.

Join us in a 500+ mile journey across New York State. Cyclists who participate in the Empire State Ride travel from New York City to Niagara Falls with a rider community unlike any other. The funds raised by our riders support cutting-edge cancer research at Roswell Park Comprehensive Cancer Center. Roswell Park is America’s first cancer center dedicated exclusively to research.

As a lifelong lover of cycling, Allison started the Capitol Region chapter of Black Girls Do Bike. She proudly serves as the chapter’s “hero,” rallying her local cycling community.

“Black Girls Do Bike is a community of women who encourage women, especially African American women and women of color, to cycle. Whether it be for fun, function or fitness, we just want you to get on a bike and enjoy riding.”

Allison, of Troy, New York, has participated in other endurance cycling events and says she’s always looking for a challenge. When she found Empire State Ride, it was a perfect way to align two of her passions: cycling and the cancer cause.

“So many of my family members have been hit with cancer. I’ve watched them go through the struggle,” Allison explained. “This was my way of doing something.”

And in the process of ‘doing something,’ her journey grew into an experience bigger than what she could’ve anticipated.

“I found my people. Everyone is so friendly and helpful – the energy! I got to meet some incredible people and talk to them about their why and share my why.”

Going into #ESR23, Allison says she plans to train longer and harder, with “attacking the hills” at the top of her agenda.

For people who might be nervous about joining the movement this year, Allison offered this advice: “I would say just do it. The support that you get from these incredible volunteers, and everyone involved in the Empire State Ride, makes it a lot easier than if you were doing this alone. There is a support system that is equal to none that I see.”

So many of my family members have been hit with cancer. I’ve watched them go through the struggle … This was my way of doing something.

Raising this money, if it saves one person’s life, that’s worth my time for putting in a week’s worth of effort. Could be my wife, could be your wife, so it’s worth it.

At Empire State Ride, the miles may be the same, but the journey is different for each rider. For Tommy and Jessica, Empire State Ride was not only an endurance ride to end cancer, but also an unparalleled father/daughter adventure.

“Best part, definitely spending the week with my dad,” Jessica said during an interview at #ESR22.

Tommy got into cycling originally as a part of a weight-loss challenge, and soon after, he grew to really enjoy the sport. He started looking for charity rides online and came across Empire State Ride. From there, his sights were set.

“I did several rides every month or so … with the goal of riding in ESR,” Tommy explained. “I had never been to New York, and I wanted to come up here and do this ride one day. Now, here I am.”

The father/daughter duo saw ESR as a bucket list event. While the trek across New York State drew them in, the mission made the pursuit personal.

“My wife right now is being treated for stomach cancer,” Tommy said while participating in #ESR22.

Jessica said several family members have been affected by the disease, including her late grandfather. She rode with him in her heart through all 500+ miles.

“At the finish line, I teared up because I know he is here. Even though he’s not, he is, because I know he is so proud.” Jessica explained, “He loved riding. He loved a good cause. He was the most sacrificial man I knew. And he would 100% be at ESR today if he was still here.”

ESR is the endurance challenge of a lifetime paired with a commitment to make a difference for cancer patients everywhere – a combination Tommy believes is the best motivator to get moving.

Tommy emphasized, “Raising this money, if it saves one person’s life, that’s worth my time for putting in a week’s worth of effort. Could be my wife, could be your wife, so it’s worth it.”